The Kuwait Rock and Metal scene is arguably one of the driest ones (no pun intended) in the Middle East. With live shows being limited and constantly being canceled, Kuwait’s bands have been focusing on recording and releasing their originals. Sajid Masood, better known as Sarj, is an experienced Kuwait-based musician who has been producing Kuwait’s best bands for years. Today, Sarj is considered to be one of the best Metal/Rock producers in the Middle East.

I never really intended to get into production and audio engineering, it just seemed to happen on it’s own. Back in 2006 I bought some equipment to record an album for my band ‘Nocturna’ and I spent a ton of time reading and researching about recording and mixing techniques so I could make a fairly decent sounding first album.

In 2007 I put out a demo of one of songs called “Run And Hide” and soon enough I was approached by a friend who requested I help his friend record a song because they were having some difficulties getting it to sound good. I agreed and that friend turned out to be Gaser El Safty and his band Depth! That began my journey as an audio engineer/producer.

I sang and played guitar (and still do, of course!) before getting into audio engineering.

It has changed a lot over the years. The upside, the bands are very friendly and supportive, absolutely no rivalry or bad blood, and maturing musically. The downside, we have absolutely no support from the government or the media, it’s difficult to get our way around the laws and the negative views towards rock/metal music.

We’re getting shut out of almost every venue we approach for concerts, the latest victim is the “Summer Rock Out II” concert that that got cancelled two days before the show ( July 22nd)! Being in this situation, the bands focus more time and energy into writing and recording original material to get some much deserved attention through online social networking and bmusic based communities.

So far so good! I wrapped up the recording sessions for Voice Of The Soul and EarSplit not too long ago and currently have on-going sessions with Benevolent and Black13angelZ.

This is the first time I’m working with a traditional heavy metal band (EarSplit), it’s a refreshing change from usual. The mixing sessions for Voice Of The Soul and EarSplit have begun and are going pretty well.

Andy Sneap. Production, engineering and mixing… the man does it all and and extremely well! It would be a great learning experience.

A bit of both really! It truly depends on the situation though… sometimes the bands to be pushed gently and sometimes, kicked hard! Whatever it takes to get the job done.

Almost all moments are memorable! You can even experience the insanity that goes into making an album from the behind-the-scenes videos posted by Black13angelZ and Voice Of The Soul.

As a studio engineer I’ve worked with two Japanese bands, Bleeding Head and United. As a live recording engineer I’ve worked with the country rock superstar Trace Adkins and Scott Stapp (Creed). Currently, I am only working with local Kuwaiti bands but I know I will be working with a lot of bands from this region once I set up my new studio in Dubai.

I started singing for Revelerz back in 2000 but I’ve been singing ever since I was 3 years old! Over the years I’ve idolized a lot of singers, depending on the genre I was into at the time, but the ones that I still idolize are Bruce Dickinson, Ronnie James Dio, Joe Lynn Turner, Phil Anselmo, Russel Allen, Roy Khan etc.

I’m trying to finish the long awaited ‘Nocturna’ album! It’s taking time but I’m sure it will be out before the year ends. Also, I am involved in an international Ronnie James Dio tribute album that the members of the Andy Sneap forum put together. It was released earlier this month through Backstage Metal and is available for free download on www.BackstageMetal.com

With Nocturna… it has to be Within Temptation! I love their music, they’re amazingly friendly & down-to-earth and they put on a great show!

Work hard and don’t be afraid to experiment with different styles of music and genres of rock/metal. It’s great when you learn to shred on a guitar or pound the double-bass on a drumkit but you must make sure your basic foundation is strong.

A lot of young musicians jump ahead and miss out on some of the most basic elements and it shows in their musicianship and song-writing. Also, never force yourself to write songs in a particular genre that you’re into… always pay attention to what flows naturally.

I’m in the process of starting a new, professional level studio in Dubai by the end this year. You can call me overly optimistic but I believe it will be the best thing to happen to the Middle Eastern rock/metal scene.

Artists/bands from this region deserve a dedicated, professional studio with not only the right equipment but also the right people to produce, mix and take their music to the next level.

I LOVE Lebanese food! And yes, there are TWO good Lebanese restaurants very close to my studio haha!

Thank you for interviewing me, and thanks to everyone who took the time to read this. Check out my studio page on Facebook.com/sarjs.studio and keep supporting the underground scene! Many of these bands are very promising! 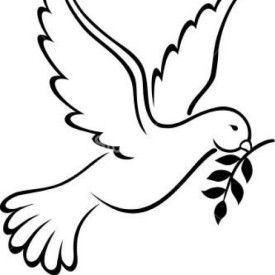