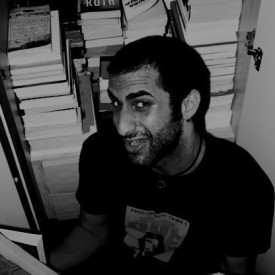 If you’ve been looking for a new sound, something good for a change, Lebmetal.com has found it for you! And it’s hot, hard, and kinky… maybe even too brutally sexy!

Crucified Barbara is an all-female Hard Rock / Metal band from Sweden, formed in 1998. Since then, they’ve released three albums: In Distortion We trust (2005), Til Death Do Us Party (2009), and The Midnight Chase (2012). These four Princesses of Metal – with their bizarre yet cheesy names – are just what you need to be listening to for a change.

The lineup with their “Bizarre” names:

And just in case you’re wondering about their style, here’s how they’re described: “Raw, hyper-commercial heavy metal songsmix knuckleduster brutality with the spiteful caress of pointy painted fingernails. The comparisons might be facile but we’re gonna make ’em anyway: this is Runaways crossed with Motörhead; Cherie Currie cavorting with Lemmy Kilmister; Joan Jett jiving with ‘Fast’ Eddie… and we can’t even begin to tell you what Jackie Fox is up to.” (Geoff Barton, Classic Rock 2005)

Now, let’s go and check these girls out!

First we have ‘Play Me Hard’ from their debut album (In Distortion We Trust).

Next comes ‘Sex Action’ from their second album (Til Death Do Us Party), one of their top songs with awesome sound and awesome video! You’ll be taking the chorus with you to every club you go to for the rest of the week. “Sex Action! You could be the one tonight… Sex action, We do it till we get it right…” Now, that’s catchy stuff!

‘Into The Fire’ is from their third album (The Midnight Chase) which was released not so long ago. A topnotch tune; this is as heavy as it gets.

And last but not least, there’s ‘Motorfucker’, which is another awesome Metal tune to listen to while you’re driving high on adrenaline.

Review | In Sanity Q “Last Band in Heaven Upside Down”

Part I | Female Vocalists Who Outroar You

Five Easy Steps To Become A Groupie (For Girls)